You want Kronos 6.2 with that?

You want Kronos 6.2 with that?

A customer of ours has engaged us to help them re-engineer their Kronos timekeeping and scheduling environment. We recently suggested to them that upgrading to the latest version of Kronos from their slightly earlier version might be desirable as part of the project already underway. Although some leeway was granted to do a test upgrade and assess the pros and cons, the idea was nixed before a formal review was completed. 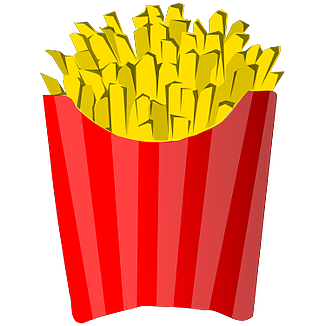 At first I was a bit upset—not because they didn’t want to upgrade but because they didn’t want to assess the pros and cons of the upgrade before making the decision. It seemed an emotional, anecdotal response to what should be a data driven decision. On the table were indications that certain features available in the latest release would significantly shorten the development time of the original re-engineering effort. It also promised a much clearer demarcation between the former configuration and what would be the new design. It also meant that all the testing we needed to do because of the original project would also vet the upgrade— finance folks call this cost-avoidance and usually give us a pat on the back for such things.

Of course, Kronos upgrades are not without some effort, cost and risk to the business. We all know they have to be done at some point if you are to stay in the curve of functionality and supportability you are paying for. Choosing when to upgrade, however, isn’t quite a science as any seasoned technology manager will tell you. Choosing to upgrade on top of an existing ‘high risk’ project and timeline might be foolhardy to some, a shrewd move to others.

This got me thinking how many more decisions I make on – for lack of a better word—instinct rather than assessment as I get older. Particularly when I feel like I’ve already got my hands full with a myriad of other decisions. Decisions often lead to other decisions. You just wanted a burger but the pivotal question then gets asked.

“Do you want fries with that?” Seems like a simple question. Do I want fries? I like fries. Burger and fries sounds like a good combination.

“Yes. I would like fries with that”. Decision made.

”Would you like to make it a meal?” the vendor asks

“Fine. Yes. I’ll have the meal with the drink!” Glad THAT little survey is over!

“You want to mega-size that?”

You see how pivotal that first ‘upgrade’ question about the fries was?

So upon further reflection I decided that our client wasn’t being emotional or unwilling to act based on assessment and criteria but rather they had most likely reached what I like to call their ‘decision processing threshold’.  As I said, this is a tendency I noticed in myself when people started coming at me with more and more decisions. I believe managing one’s capacity to gather data and make decisions is a finite resource. Furthermore, the ability to avoid decisions…or rather, avoid going down the wrong road that is littered with more decisions, must be by definition more of an instinct than a data driven process. I say this because, by definition your decision making capacity is already maxed out!  (You know, like at the end of a long day when you are just about to sit down and choose from the 600 channels of programming on your satellite TV and someone calls asking “How would you like to save $500 on cleaning products next year?!?!?”  M-A-X-E-D    O-U-T!)

In the end I realized we were already exercising our client’s steering teams a great deal more than they had anticipated. The re-engineering effort revealed substantially more variation across the organization requiring almost constant review of policies and practices in an effort to consolidate and streamline.  Organizations have ‘decision processing thresholds’ just like people.

This reminds me of a story of a fast food restaurant owner who hired a guy as a fry cook. The guy was amazing. The volume he could handle was astounding. The hours he could work seemed limitless. Day in and day out he cooked every order that came at him. During a slow time the owner decided to give the cook a break and gave him a cushy job in the air-conditioned back room sorting potatoes. Large potatoes for fries, small potatoes for hash browns. After an hour the owner went to check on him and found the cook passed out on the floor exhausted. The owner revived him and asked what he could do for him…what was the problem?!? The cook caught his breath—“Can I go back to working? All these decisions are killing me!”

Often companies hire us simply for our capacity to help them make decisions. We can do a lot in this regard—research, testing, interviewing, compilation of data as well as leading formal presentations and workshops. At the end of the day, however, the decision must be up to the organization. Sometimes the smartest decision, however, can be to avoid having to make further decisions.