We are continuing with the New Feature Series for Workforce Central (WFC). Several key improvements made in the newest version of WFC are in the timecard. Kronos evolves the timecard in every new version of WFC. Some of the changes are small, and others more significant. Gaining perspective from another industry, I think about how watching television has evolved and advanced over time. There are some similarities to the evolution of both the WFC Timecard and TV. Both allow you to do more, are easier to use, and save time.

Starting with the WFC 6.0 timecard, the default timecard view (theme and layout) has changed. This was a major shift from version 5.2. You now have Quick Links instead of icons and text when navigating from the timecard to other areas such as the Schedule. You also have an option to maximize the viewable area for the timecard. What both allow for is more real estate in the timecard for other items. Think wide-screen television watching the football game and viewing statistics for your favorite player. There is now more even room for employee information! With the television you have the size, but you don’t have the ability to customize. With WTK, the timecard can be customized to display only the information that you track; the information important to your business. 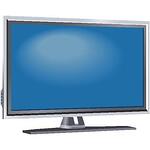 One of the new features not in WFC version 5.2, but in WFC 6 is the capability to add a note to an employee’s commented punch. This allows the manager to track trends that affect employee productivity with more clarification. Kronos kept it simple as well, the graphic that appears when a note is posted to the punch in the timecard looks like a note:

Starting with WFC version 6.2, you not only get notes, but two more features exclusive to missing time: the ability to mark exceptions for review and resolve exceptions to a duration pay code. A use case for resolving an exception would be if an employee works beyond their scheduled time. The employee must be paid for the time; however company policy states that the time should be paid from a pay code that is separate for their normal pay code. Exception time (such as time incurred past a Late Out exception setting) now can be easily put into a unique duration pay code. The resolve exceptions option can be completed manually via a right click or automatically by WFC. If you don’t resolve exceptions automatically, you can simply right click on a punch to mark an exception as reviewed in the timecard. Both resolve and mark changes the status of an exception so it is not flagged. Managers can later use a Hyperfind to filter their employee(s)’ marked or unmarked exceptions.

In WFC version 6.2, Kronos thought of two other simple time saving steps for their customers. First, when you session times out, you are no longer required to type in your password; simply hit a box, yes (if you want to continue working) or no (if you don’t). Second, when first entering the timecard, you only have to click once on the arrows to increase the size of the Totals & Schedule portion and tabs at the bottom, not twice. It’s a small thing, but it shows that Kronos is listening to their users!

In conclusion, I believe I’ve covered most of the Kronos timecard differences. Let me know if I’ve missed something you can’t live without! If you have any comments or questions, please feel free to post them. I’d love to hear what you have to say!